By Viola Bruttomesso, with additional research by Lucia Florian

The United Nations Protocol to Prevent, Suppress and Punishing defines trafficking of persons as follows:

Trafficking in Persons as the recruitment, transportation, transfer, harbouring or receipt of persons, by means of the threat or use of force or other forms of coercion, of abduction, of fraud, of deception, of the abuse of power or of a position of vulnerability or of the giving or receiving of payments or benefits to achieve the consent of a person having control over another person, for the purpose of exploitation. Exploitation shall include, at a minimum, the exploitation of the prostitution of others or other forms of sexual exploitation, forced labour or services, slavery or practices similar to slavery, servitude or the removal of organs.

Following several years of planning and discussions on this issue, the UN General Assembly adopted the resolution A/RES/68/192, in October 2013, which called upon the member states to take firm actions against trafficking in persons and set a certain day of observance. In February 2014, 159 countries have ratified the Protocol to Prevent, Suppress and Punish Trafficking in Persons supported by the Global Plan of Action to Combat Trafficking in Person, which also established the Trust Fund for Victims of Trafficking in Person. Earlier this year, the UN has proclaimed the 30th of July the first World Day against Trafficking in Person.

The United Nations Office on Drugs and Crime (UNODC) has also recently launched the Blue Heart Campaign with the hashtag #igivehope. The campaign aims at rising awareness about the harsh realities of the human trafficking operations across the world. The Global Report on Trafficking in Person 2012 is one of the outcomes of the United Nations Global Plan of Action to Combat Trafficking in Persons, adopted by the General Assembly in 2010, and it is the first comprehensive blueprint of action on this issue. The Plan aims at establishing and uniting the efforts and measures in order to counter and discourage these acts of crime. Furthermore, it affects the natural development and the security of people at worldwide level. From the UN point of view the best mean to contrast this crime is to increase the support work in empowering the communities and enhance their security.

According to the UNODC Global Report on human trafficking in 2012, about 28,000 people are victims of human trafficking in Europe and Central Asia. The majority of victims are adult women (64% on average, but it can be more or less depending on the region). The part of adult men represents 19% of the total, and children – 16%. These persons are sold to become tools, either for forced work or for sexual slavery, or commercial sex, like prostitutes. The victims are living in very hard conditions and suffer a lot from physical, emotional, psychological and sometimes sexual violence. What this report tells us, except for the amount of victims, is that the figures are increasing every year. For example: “[…] 15 countries in the region reported a clear increase in the share of child victims detected […]” 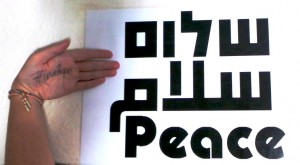 However, it is also surprising to see the significance of the level of women’s involvement in those crimes. Indeed, there are more women who controlled both local and inter-continental human trafficking networks than men (above 50%) Between 2007 and 2010, about 80% of people who have been convicted for human trafficking in Europe and Central Asia were women. In this particular region, human trafficking is more used for sexual exploitation (62%) than forced labour (31%).

Today the cases of study of Iraq and Syria are emblematic. The Islamic State of Iraq and Sham (ISIS) abduct women and girls systematically and order them to serve as “wives” for the fighters, force them into prostitution inside the country or, in the Syrian case, in the refugee camps situated in the neighbouring countries (Jordan, Lebanon, and Turkey). Human Rights Watch (HRW) reports confirm the ISIS practices in killing, kidnapping and threatening religious minorities: “Since capturing Mosul on June 10, 2014, the armed Sunni extremist group has seized at least 200 Turkmen, Shabaks, and Yazidis, killed at least 11 of them, and ordered all Christians to convert to Islam, pay “tribute” money, or leave Mosul by July 19.” In the case of abduction and trafficking of men, their fate is different than women. Men are usually abducted with a view to force them to fight alongside the rebels in conflict zones. They are recruited through the propaganda in many neighbouring countries and they are trafficked into the conflict zone (e.g. Iraq, Syria, Libya, and some Maghreb countries), disappearing indefinitely.

The trafficking of people affects also young people in different ways, mostly by the way of forced recruitment of children as fighters or soldiers. According to the Cape Town Principles of 1997 and UNICEF, a child soldier is:

“Any child – boy or girl – under 18 years of age, who is part of any kind of regular or irregular armed force or armed group in any capacity, including, but not limited to: cooks, porters, messengers, and anyone accompanying such groups other than family members. It includes girls and boys recruited for forced sexual purposes and/or forced marriage. The definition, therefore, does not only refer to a child who is carrying, or as carried, weapons.”

There are several international and regional legal instruments on the issue of recruitment of minors as fighters. In 2002 the Optional Protocol to the Convention on the Rights of the Child on the involvement of children in armed conflict came into force and, by having increased the previously defined minimum age of 15, it declared it illegal to recruit and use children under the age of 18 for military purposes.

Africa is considered to be the top continent with the highest number of child soldiers. However, existing figures indicate that such large scale practices can also be found in other parts of the world including India, Myanmar and Thailand. In Angola, for example, UNICEF estimated that 8,000 children were recruited throughout its civil war. In Sierra Leone, due to its long lasting civil war, more that 7,000 children were estimated to have been abducted and forced to take part in military actions. Such practices took place also across Europe. Perhaps the most known example is the conflict in Kosovo in the late 1990s. A number of paramilitary groups were reported to have recruited children around the age of 10 for the civil wars in Bosnia and Croatia between 1992 and 1995. 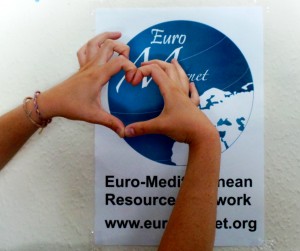