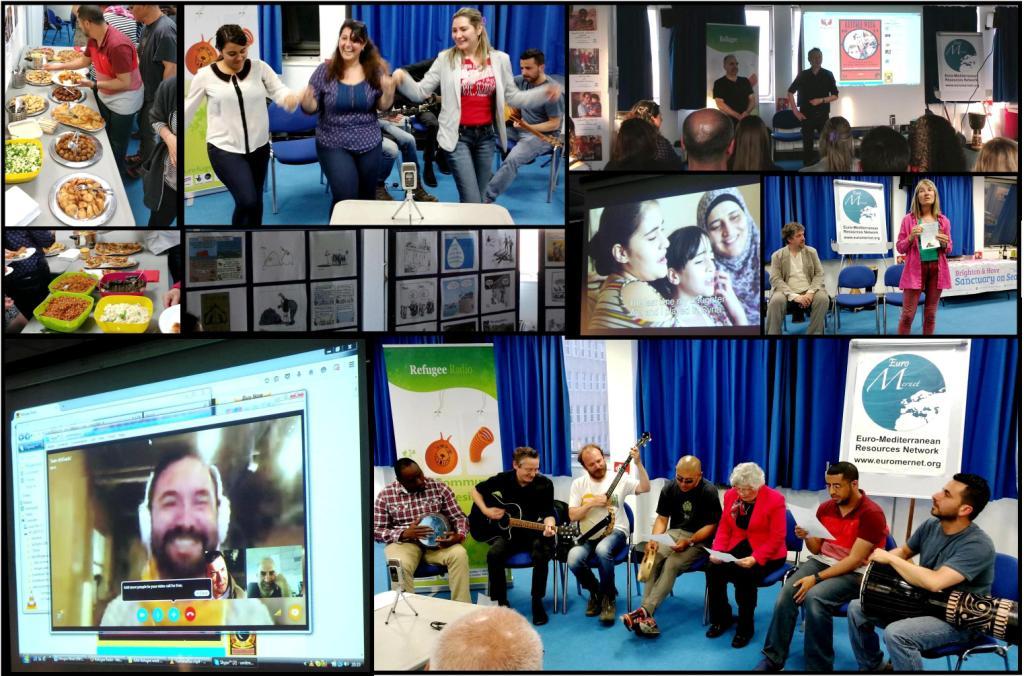 On Thursday 18th of June 2015, Euro-Mernet organised an evening event in Brighton (U.K.) to mark the Refugee Week. The event took place at the popular venue Community Base and it was supported by the Refugee Radio and the Community Base. The event was attended by the members of the diverse communities from across Brighton and Hove. The three organisations have been regularly organising this event together for almost a decade now.

Guests enjoyed a wide range of Mediterranean and other continental food and drinks, which showed the power of food as a uniting force and a firm bridge between cultures. Euro-Mernet volunteers tirelessly cooked all the food.

Euro-Mernet team also compiled examples of refugee poetry. Numerous poems written by refugee adults and children from across the world, including Syrians in refugee camps, were read out by the current and former refugees who live in Brighton. A poem by the Middle East’s first persecuted and internally exiled female refugee over a millennium ago was also read out.

Refugee and migrant musicians performed a diverse selection of tunes from various countries and periods, some of which “catapulted” some enthused guests onto the stage so as to let them enjoy their folk dancing.

The documentary “Terminal Sur”, by London-based artist Juan Delgado, focused on the ordeal of the refugees in Bogota, Colombia. Juan joined us via a video link as he was away for an art therapy project for refugee children across Lebanon-Syria borders. This was followed by short video clips on state of refugees in various countries.

An exhibition of posters, cartoons, quotes and artwork by and about refugees was also one of the popular parts of the evening. Councillor Leo Littman, who tabled the motion at a Brighton and Hove City Council meeting last year for the application of the city to become a “City of Sanctuary” for refugees, and Sanctuary-on-Sea chairwoman Jenny Lansdell informed the guests about the current and future work of the sanctuary.