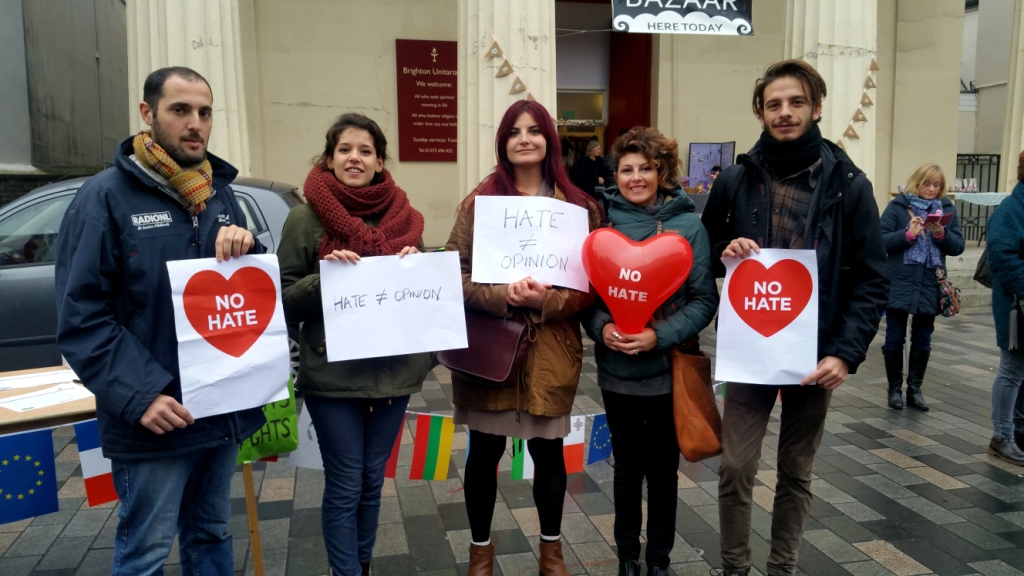 Despite the worrying news on human rights violations across the world continue to dominate the daily news, it is days of action like this that unite people and strengthen the spirit in defending human rights. Human Rights Day, that marks the launch of the Universal Declaration of Human Rights by the United Nations on 10th December 1948, is a good opportunity to bring together people for a united louder voice for highlighting the barriers that prevent or restrict access into enjoyment of universal human rights in many countries.

As part of its continuous and tireless work on defending human rights for nearly two decades, Euro Mediterranean Resources Network (Euro-Mernet) has joined forces with local activists and campaigning groups to observe the Human Rights Day with a series of online and offline actions.

Euro-Mernet team first visited Brighton Town Hall and pinned messages on the Christmas tree at the The Mayor’s Parlour. Our messages called for the promotion, protection and safeguarding of human rights locally and worldwide. As part of our pledge to promote the Council of Europe‘s youth-led campaign No Hate Speech Movement (NHSM), we also emphasised the importance of campaigning against hate speech and developing counter narratives in tackling hate speech.

Cllr. Pete West, Mayor of Brighton & Hove, has warmly welcomed us and offered his support for the Human Rights Day and for the NHSM by making a statement in which he praised the universal human rights that are enshrined in international legal instruments.

The Mayor also personally helped us to write and pin some of our messages, including his own that read: “Together we can overcome the hatred and bring hope and love to the world.” You can watch his Human Rights Day statement here.

We are happy that visitors to the Mayor’s Parlour at Brighton Town Hall will be able to see and enjoy our messages on the tree throughout the festive period.

Euro-Mernet team also organised an offline action along North Laine, one of the busiest areas in Brighton. First we joined the Silent Chain for Europe (Brighton & Hove) which was organised by the local campaign groups including The Brighton and Hove 48%.

We then continued to inform the local residents and visitors about the Human Rights Day and the actions around the world including the Action Day by the Council of Europe’s youth-led campaign No Hate Speech Movement (NHSM). We promoted the NHSM’s guidelines on Action Day for Human Rights Online including this year’s campaign motto, “Hate is not an Opinion”, and we encouraged the visitors to support the Action day.

You can see the full photo album from our Action Day in Brighton and Hove as well as other related news on our Facebook page.

We also had had an exclusive section on the Human Rights Day on our radio show on 8th December 2016. You can listen to the podcast on our Mixcloud page.

#Love, #peace and #solidarity from the Euro-Mernet team. 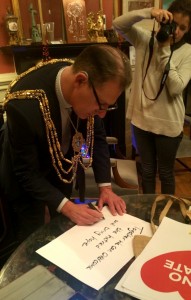 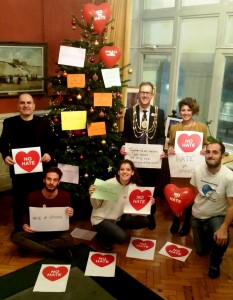 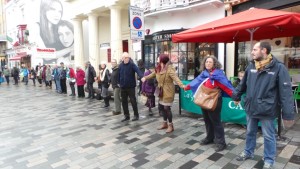 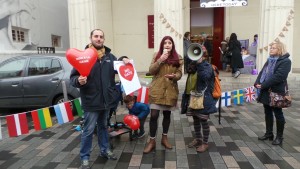 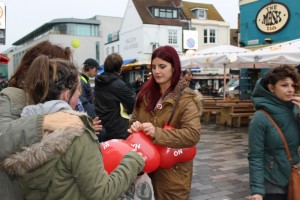 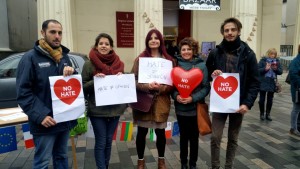