Film Club: “The Other Side of Hope” 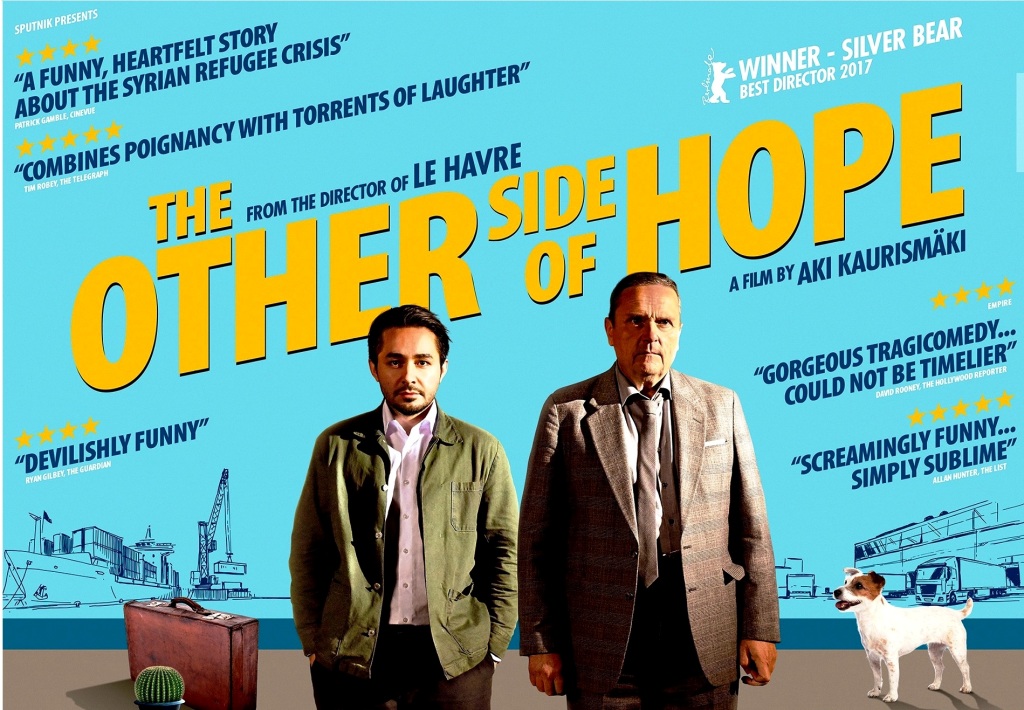 Dear friends, we have the pleasure of inviting you to the next film screening.

On Tuesday, 7th November, we will be screening “The Other Side of Hope”, a drama and social comedy about the life of Syrian refugees in Helsinki, Finland.

Here are a few comments/reviews on this film:

“A deeply humane film, as well as a quietly hilarious one.” Dave Calhoun – Time Out London

“As contemporary and vital a film as you’re likely to find in 2017, but it’s also one of the funniest and most classically (not to mention beautifully) cinematic too.” Rory O’Connor – The Film Stage

“There aren’t really any surprises in The Other Side of Hope; it’s more like witnessing the ongoing cultivation of a humane philosophy.  But the film is devilishly funny… and decked out in the director’s dismal palette of cobalt blue, moss green and burnt-marmalade orange.”  Ryan Gilbey – The Guardian

The same evening, after the film screening, we will also be observing the 9th November to mark the International Day Against Fascism and Antisemitism, coordinated by UNITED For Intercultural Action, and 9th & 10th November to mark the Action Days Countering Antisemitic Hate Speech, coordinated by No Hate Speech Movement (NHSM) of the Council of Europe. 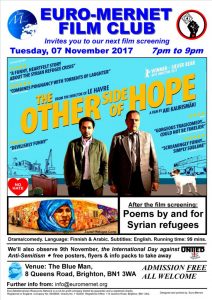 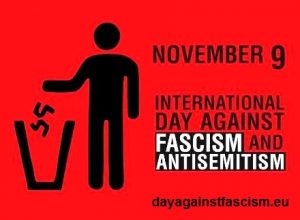